Terminal 5 is a different beast again. Another product of 21st century design, but this time done properly with big caverns of glass and metal. It’s unlike East Hounslow (019) that’s for sure.

One of the few tube stations where trains arrive on one platform and then depart from another (via a reversing siding). This means Platform 5 has no regular passenger departures. I can recall this practice occurring at Amersham as well, but I might be wrong?

This station doesn’t really feel like a tube station, everything is a little bit wrong. There’s no blue back-lit station name plate at the entrance (that I could find), there are signs announcing that it’s in “Zone 6” plastered all over the gateline, some of the wayfinders are of airport terminal standard and not TfL… it’s all just wrong.

What’s certain is that Terminal 5, along with the other terminal stations, are the only three on the network to feature numbers. The roundels also feature a neat aeroplane dingbat, purposefully designed in the New Johnston font format. 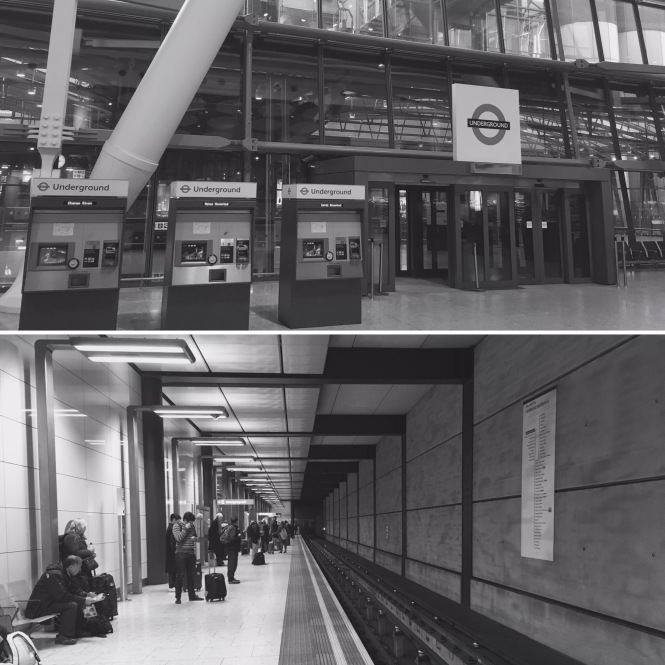 Leave a Reply to 064/270: #StamfordBrook – The Blue Signs – Calling All Stations Cancel reply