Well the roundels say 1,2,3 so let’s go with that. Terminal 1,2,3’s claim to fame is that it’s the only tube station not to be accessible by foot. And yes I suppose you could go back to my last post and say neither is Terminal 4 (023) as that’s only accessible through another building, but the building itself is accessible on foot. You could walk up to Terminal 4 and 5 stations from the outside world if you wanted to but that’s something you definitely can’t do here. The only way to access it (other than on the Piccadilly Line of course) would be to get a bus to the bus station or drive in and park via the Bath Road Tunnel.

Below I’m standing outside the Terminal 2 exit. The former Terminal 1 exit is seen through the ticket hall, now boarded up with advertising hoardings. Incidentally, is this the only station not to announce its own name on the entrance? It certainly used to be displayed here but I wonder if they haven’t got round to renaming it properly now Terminal 1 is shut… The ground level exit above is nothing to write home about either. But then it’s an airport isn’t it, functional and clear with no bells and whistles. 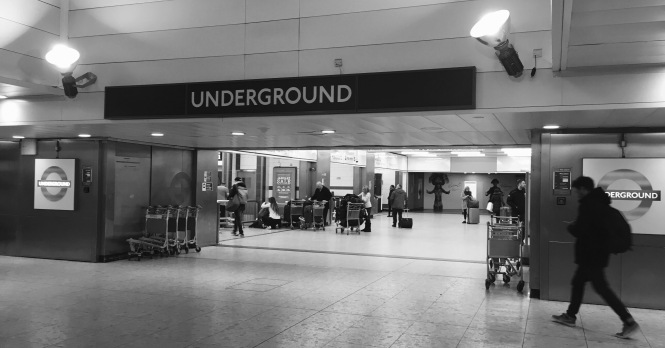 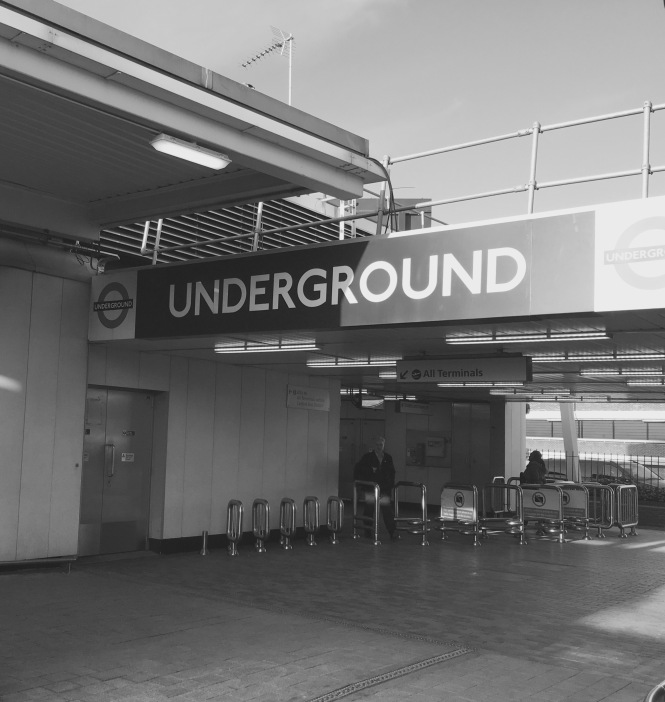