Kingsbury was built with the Stanmore branch in 1932 by the Metropolitan Railway. It’s a clear departure from the Art Deco styling of the decade that we’ve been so used to seeing elsewhere on the network. It wouldn’t be until 1939 that the newly formed London Underground would absorb the Metropolitan Railway; so at this point their station design was still largely independent of the growing uniformity of the UERL Pick-Holden partnership.

Instead the Metropolitan Railway favoured mimicking the earlier 1920’s Arts-and-Crafts movement as seen at Watford and Croxley, both built some 8 years prior. This isn’t surprising, even though architectural tastes had moved on, brand image and identity was important to Railway companies. It is comparable to the practice seen after World War II when many Holden designs resumed construction even though popular tastes had perhaps moved on.

Sadly the station building at Kingsbury is somewhat neglected, with part of it’s commercial space clearly lying empty. One has to wonder what control, if any, TfL still has over the property and whether it will ever be restored to it’s former glory. 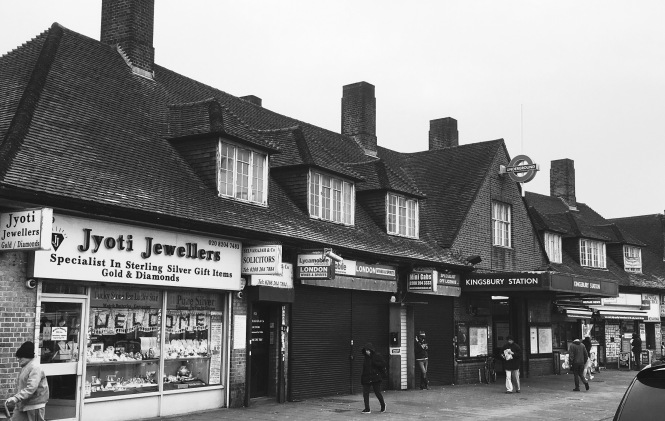