Thanks for your patience, I’ve been on holiday and then had an extremely busy week at work, but the Weekly now returns!…

A picture from the BBC website, of derailed engineering trains in Scotland.  This looks remarkably like our ESNG layout on a bad day (and I suspect most modellers will identify with the incident!)

According to the article:

Two trains carrying ballast for engineering work have collided on the track near Cumnock in Ayrshire, Network Rail has said. No-one was injured in the incident which took place at about 11:20 on Saturday but a number of wagons derailed and the track was damaged.

The line, which was closed for the weekend for engineering work, will remain shut for several days.  It is believed one of the trains ran into the back of the other.

A spokesman for track owner Network Rail said: “At approximately 11:20am yesterday, in a Network Rail work site, two ballast-carrying trains collided, resulting in the derailment of some wagons of each train. No-one was hurt in the incident but… 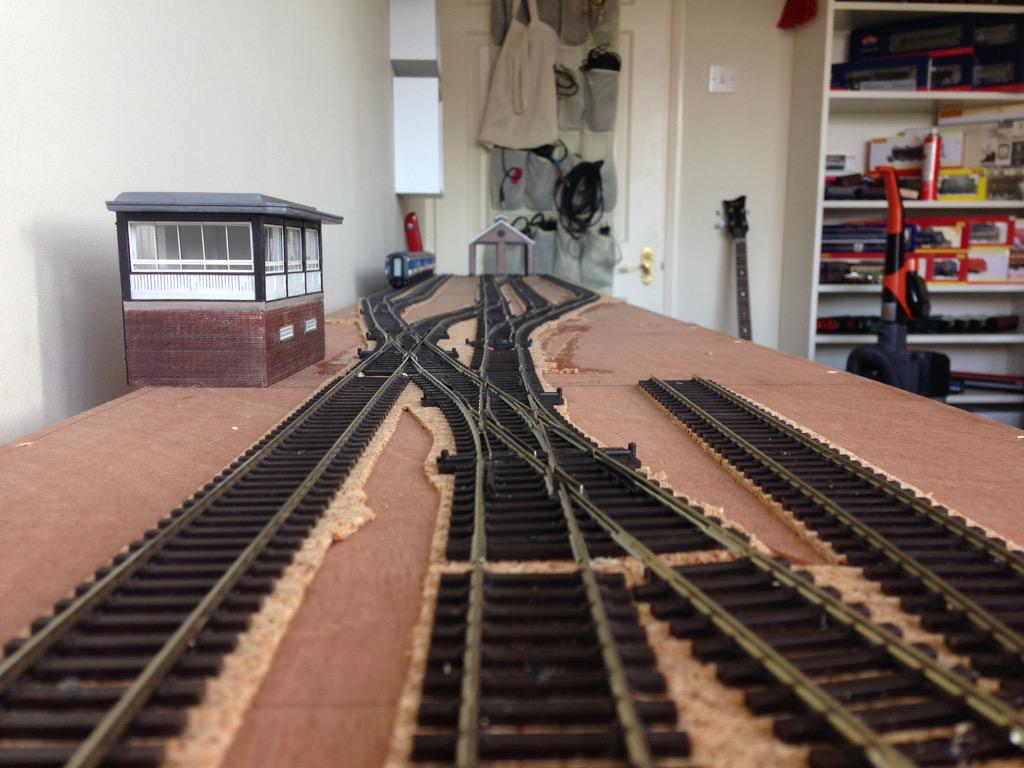