A remaster of some shots published to my Flickr account and taken on tour with my good friend Danny Cox in 2013. 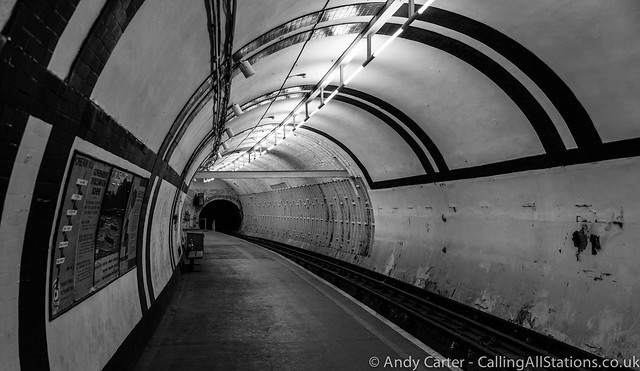 A spooky Leslie-Green-tiled-ticket window in the bowels of Euston. Click For More

Yesterday on the 10th June 2016 Network SouthEast turned 30 years old. Created in 1986 to revive and breathe new life into British Rail’s tired and worn out commuter services in and around London, Network SouthEast was an unrivalled success story. BR reinvented their stations, rolling stock and logo in what is largely regarded as one of the best railway brands of all time. So what traces of BR’s most successful brand are still left hanging around? I went to find out…

The coastal route between Scarborough and Whitby opened in 1885. The single-track route was draped over the moors and cliff sides of East Yorkshire’s coast. It was a masterpiece of Victorian engineering, with commanding vistas, challenging gradients and spectacular viaducts and tunnels. It offered a lifeline to sleepy remote fishing villages turning them into attractions in their own right.

Naturally as competition to road traffic grew in the 1960’s the line was under threat of the Beeching Axe. It’s remote nature proved problematic for the new diesel multiple units of the era. Seasonal traffic and declining freight would also contribute to the lines eventual downfall and closure in 1965.

Although the track is now long gone, the route remains largely intact and forms the majority of the 20 mile Scarborough & Whitby Rail Trail cycle and walking route.

On a recent get-a-way to the area I took the opportunity to sample a small section of the route between Ravenscar and Robin Hood’s Bay.

Views from The Cleveland Way

We’d already walked the destinations in reverse on the Cleveland Way via Boggle Hole – a walking route some 2 miles shorter but one that really did rise and fall with the terrain.

END_OF_DOCUMENT_TOKEN_TO_BE_REPLACED

Edward talks about the difficulties he faces in preparing for Railway based Adventures that will take him the length band breadth of the UK… We look forward to hearing about the trips!