The coastal route between Scarborough and Whitby opened in 1885. The single-track route was draped over the moors and cliff sides of East Yorkshire’s coast. It was a masterpiece of Victorian engineering, with commanding vistas, challenging gradients and spectacular viaducts and tunnels. It offered a lifeline to sleepy remote fishing villages turning them into attractions in their own right.

Naturally as competition to road traffic grew in the 1960’s the line was under threat of the Beeching Axe. It’s remote nature proved problematic for the new diesel multiple units of the era. Seasonal traffic and declining freight would also contribute to the lines eventual downfall and closure in 1965.

Although the track is now long gone, the route remains largely intact and forms the majority of the 20 mile Scarborough & Whitby Rail Trail cycle and walking route.

On a recent get-a-way to the area I took the opportunity to sample a small section of the route between Ravenscar and Robin Hood’s Bay.

Views from The Cleveland Way

We’d already walked the destinations in reverse on the Cleveland Way via Boggle Hole – a walking route some 2 miles shorter but one that really did rise and fall with the terrain.

After the nearly sheer vertical climb of 100 metres from sea level to the seated perch of Ravens Hall Hotel (for a cake + pint pit stop), we were ready to ready to return on the S&WRT. The route would be 6 miles instead of 3.5 but the gradients would be kinder. 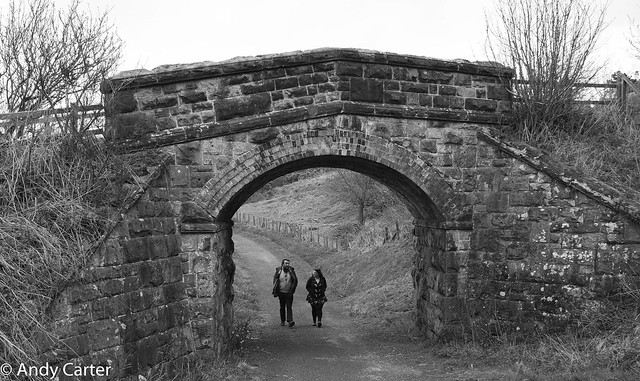 This is just after leaving Ravenscar looking back at it. The line is still littered with overpasses. The span highlights the lack of provision for double-tracking.

A little further down the line and looking towards Robin Hood’s Bay in the far distance. The route is starting to move inland but the views of the bay are still impressive. In the middle distance you can just about make out a clearing, presumably once allowing space for a local siding to access one of the many quarries along this route. 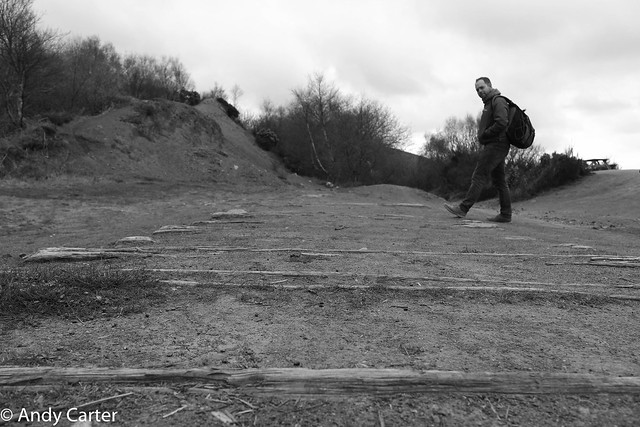 It’s here we find a very tangible reminder that this is a former railway line. It’s not clear whether these sleepers were left in situ when the route was dismantled or whether they were arranged like this when the cycle path was opened. They are offset from the main route, so if they are original it would support my quary siding-theory. 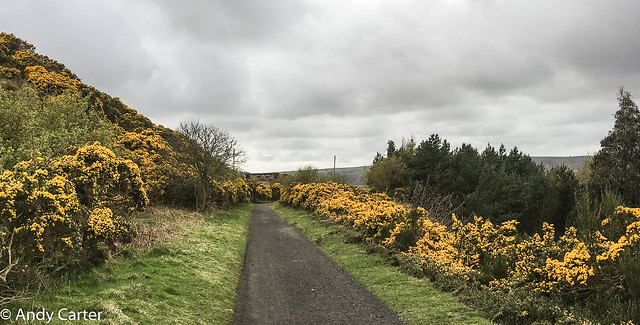 The line turns sharply to the west to avoid a valley stretching out towards Robin Hood’s. The terrain turns moor-like as we head in-land.

Ducks On The Line

Before we turn back north we pass a handful of farms where the line’s traffic is very different these days.

Entering some woodlands near Fyling Hall Park could this be the remains of a station? 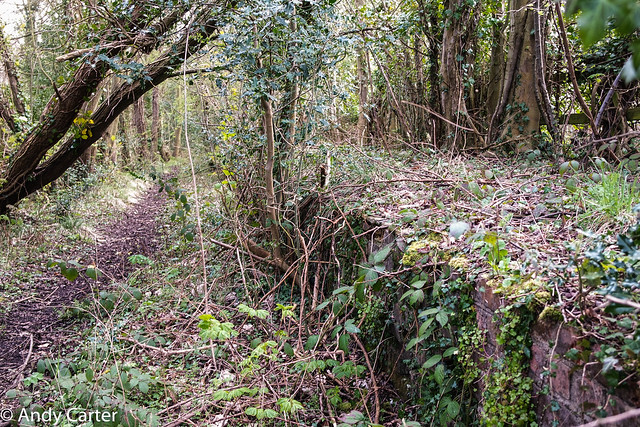 Fyling Hall Station
In the undergrowth the remains of a platform can just be made out. This is Fyling Hall the only intermediate stop on our route but one of the number of many halts on the Whitby – Scarborough line. Like many Victorian routes it was built to serve a nearby stately manor of the same name in return for allowing the railway access over it’s land.

The unusual concrete stump is the remains of a gate post shown here in an identical view point in the 1950’s.

The line continues to wind through the moorland back to Robin Hood’s Bay. We divert inland before we hit the station, which survives far more intact than it’s counterpart at Fyling Hall.

The route continues towards Whitby, linking up with the Middlesborough Union Railway after the impressive Larpool Viaduct. If you’re ever in the area and fancy an easy stroll round the moors and coast… check out this long lost line.