In 1923 Frank Pick, general manager of the UERL, commissioned Charles Holden to design a new facade for Westminster station. This began a famous decade long partnership between Holden and Pick that would see them design huge swathes of new and refurbished station buildings across the network.

At Turnpike Lane we see one of his later additions in the modernist Art Deco stylings. I don’t think it’s the best example of his work, but nevertheless it marks a stark contrast to the poky two story Leslie Green facades of the inner city. Whilst Green’s work is very much about fitting new stations into an already crowded inner city, this was the birth of suburbia; Holden and Pick wanted new stations to be the central focus of new communities. Grand concourses match the spaciousness of the outer boroughs. 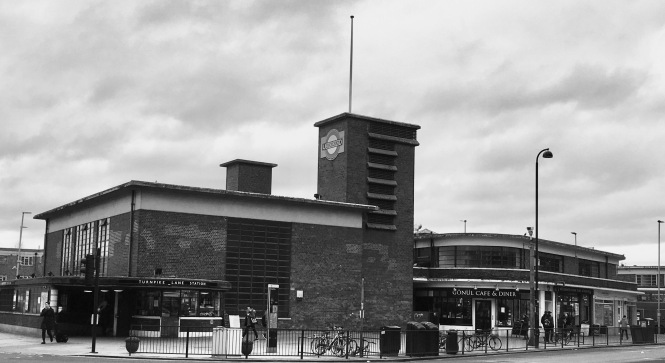