Last week I took a trip on the newly launched Night Tube and picked up a few copies of TfL’s brand new pocket night map. In fact you can watch the whole excursion here, where I talk more about TfL’s soon to be out of date map.

Well it appears the death knell has already sounded as Sadiq Khan has today announced the Jubilee Line will be joining the party on the 7th October – bringing an answer to the question when will that map become obsolete?

That means that initial pocket night map will have only been valid for 7 weeks. Is that the shortest time a pocket map has been valid for?…

As pointed out to me by @MoreToJack on Twitter, the Central-Victoria pocket night map is not the shortest lived diagram ever produced.

@CASRailwayBlog Nope! That accolade goes to the June 2016 map, which was pulped and reprinted… 🙊

This was of course the June 2016 map that incorrectly placed Morden in the Tramlink fare zone. The map was pulled from production within days and was replaced by a corrected one. Unfortunately for TfL it had already been distributed to stations meaning for a short time the public were able to get hold of this erroneous map. Diamond Geezer shared his thoughts at the time. (Picture credit to Diamond Geezer bellow). 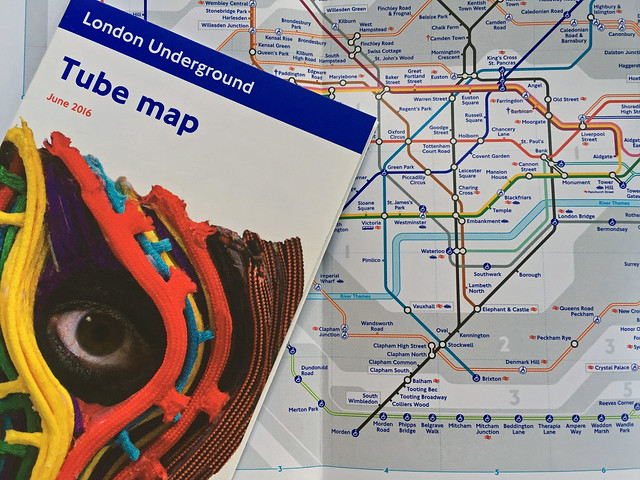 2 thoughts on “7 Weeks: The Shortest Ever Valid Pocket Map?”