I’m here a little earlier than expected, but the gamble on skipping out Finsbury Park in Episode 1 of the Map Challenge Vlog has paid off, as I arrive to collect the station through natural means.

Starting from here it has become a bit of a tradition, all be it an odd one, to walk the Northern Heights in the early days of December. Cold and bleak it maybe, the pilgrimage to Alexandra Palace has turned into a marker event for the opening of the Christmas period and one I look forward to very much.

If you’ve not heard of the Northern Heights before, it’s arguably one of London’s best walks, albeit for railway enthusiasts at least. Taking you on the dismantled Great Northern Railway route from Finsbury Park to Alexandra Palace, the Parkland Walk takes you through the tranquil sights of North London, passed the abandoned Crouch End platforms in the middle of a forest and up onto the Muswell Hill viaduct which features commanding views of the city.

Though I was on my way to Alexandra Palace on this occasion it was not on foot, but I’ll be sure to be back here later in the year for that annual quest towards Highgate… 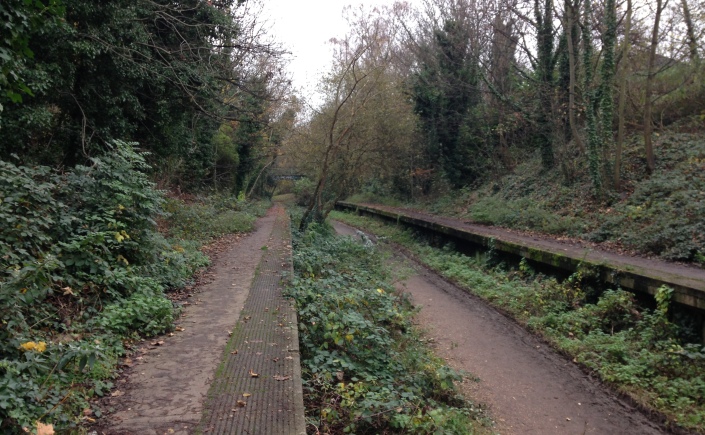