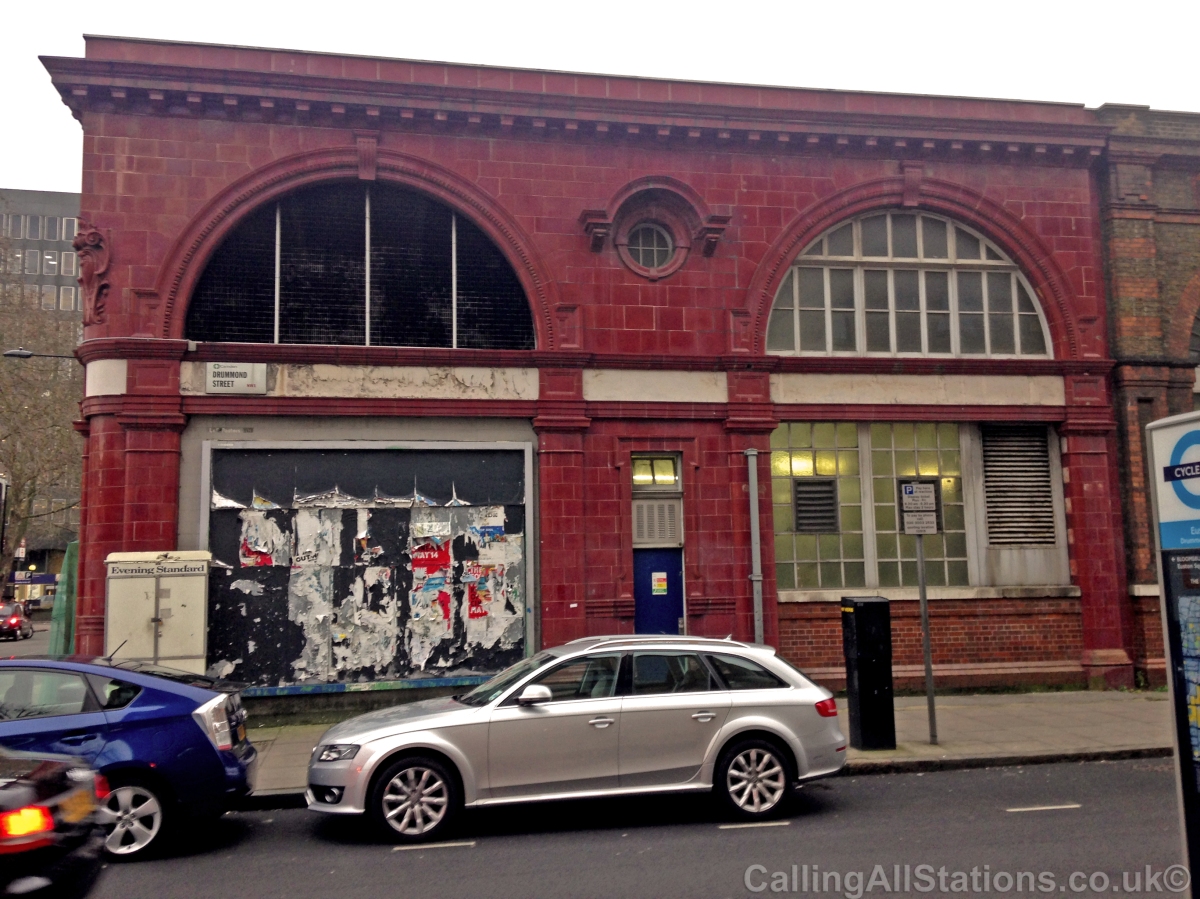 Shortly after I arrive at Euston station, or rather the former entrance to what is now the Charing Cross Branch of The Northern Line.

Euston was originally two seperate stations. One on the Charing Cross, Euston & Hampstead Railway (of which I have been travelling on) and the City and South London Railway (or Bank Branch to you and me).